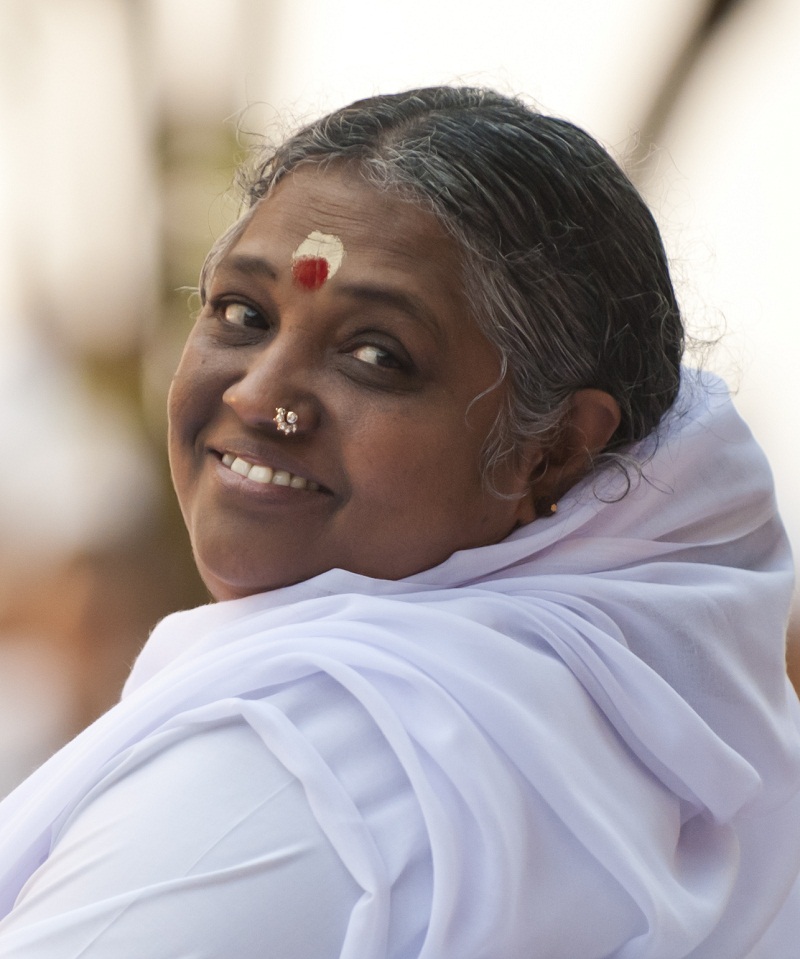 Amma was born in 1953 in southern India, in a remote village along the coast of Kerala, in a poor family. In her early years, she was deeply moved by the suffering she witnessed. She then decidedly undertook to serve compassionately every form of life, which she expresses naturally by offering a motherly embrace to those who seek solace in her arms.
Today, the birthplace of Amma has become the headquarters of “Embracing The World” (ETW) : an international network of organizations and local and regional initiatives, active in more than forty countries throughout the world.
She is nowadays recognized as a spiritual and humanitarian leader for her numerous charitable activities (schools, hospitals, help for the most needy…) developed in India but also in other countries, for example through emergency relief following natural disaster. 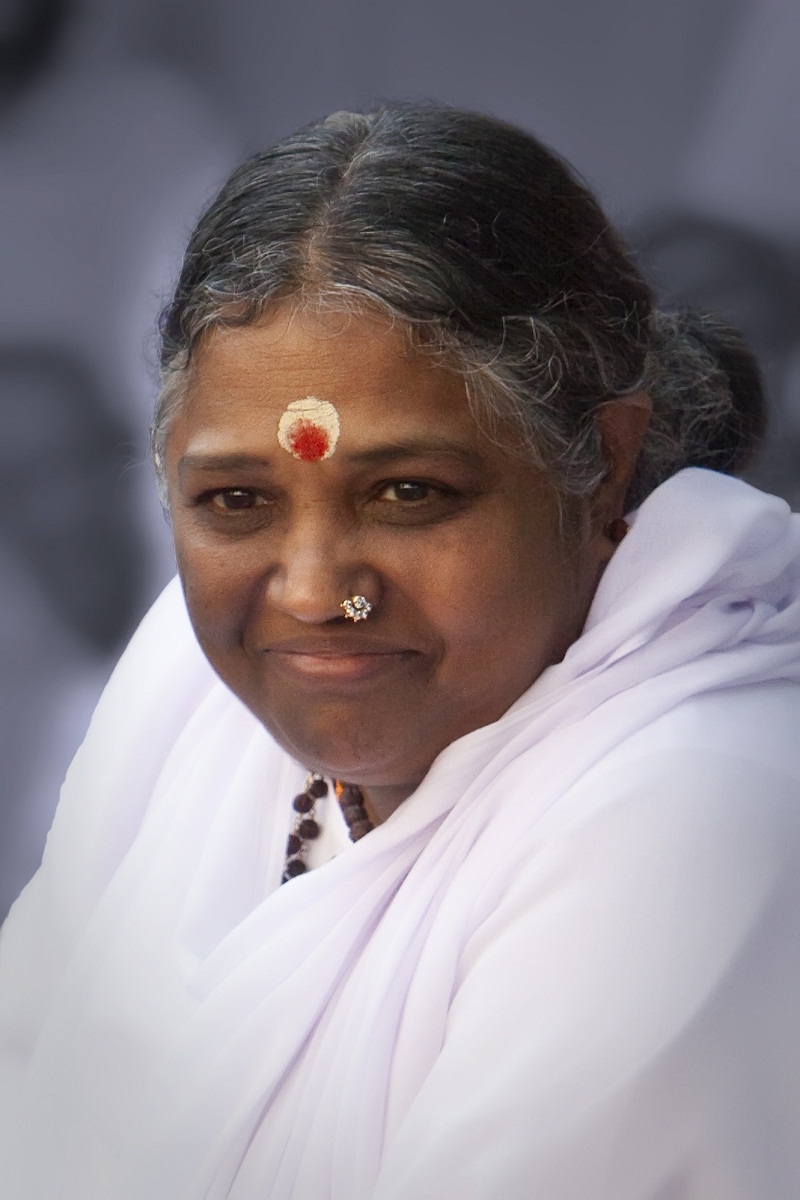 Amma's life
When she was still a child, Amma spent a lot of time meditating on the sea shore. She would also compose devotional songs dedicated to God and she would often be seen singing with heartfelt emotion.
Despite her young age, her compositions demonstrated remarkable depth and wisdom. Amma was nine years old when her mother fell sick. She quit school in order to help her with the housework and to take care of her seven siblings. To feed the cows, she had to go door-to-door to houses in the neighborhood to collect leftover food.
She was then confronted to the great poverty within her community and within the world in general. When she met people in need, she did not hesitate to take food and clothes from her own house. 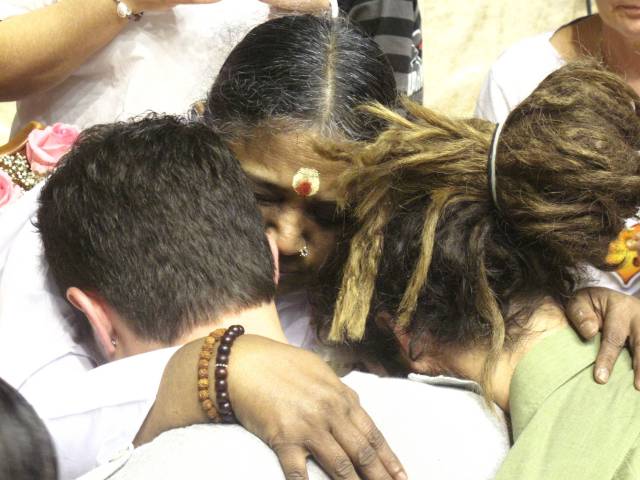 Nor the scolding or the punishments inflicted by her family would stop her.
It is then that Amma spontaneously began to take people in her arms to comfort them in their sorrow. Responding to her affectionate care, people began to call her Amma (Mother). And reciprocally, Amma started speaking of them as her children.

Amma was deeply touched by the suffering she witnessed. According to Hinduism, one’s suffering is due to his or her karma, resulting from past actions. If Amma does accept this concept, she refuses that we use it to justify the lack of action. 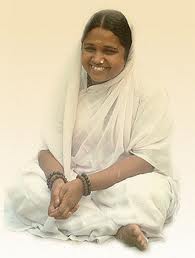 While contemplating this subject, she came to express a bright truth by asking to each one of us a question still valid today: “If suffering is the karma of a human being, isn’t it our duty (dharma) to help them?”
With this simple and deep conviction – each one has the responsibility to bring assistance to the less fortunate – Amma has decidedly undertook to serve compassionately every form of life, which she expresses naturally by offering her motherly embrace to those who come to seek solace in her arms.

In the community where Amma lived, she was then fourteen years old, it was forbidden for a young girl to touch people, particularly men. But despite her parents’ opposition, Amma followed her heart and explained later:

“I don’t see if it is a man or a woman. I don’t see anyone different from my own self. A continuous stream of love flows from me to all of creation. This is my inborn nature. The duty of a doctor is to treat patients. In the same way, my duty is to console those who are suffering.”

Each of ETW’s projects began in response to the needs of poor people from all over the world that have come to unburden their hearts to Amma and cry on her shoulder. More than twenty-five years ago, administrators of an orphanage located in the region confessed to Amma that they were running out of financial funds and that, soon, they would have no other choice than sending back these children to the streets. Amma used the money saved for the construction of the ashram’s first temple in order to secure the survival of the orphanage. So was born ETW.

Today, Amma’s birthplace, in Kerala, has become the heart of the humanitarian and spiritual organization of Amma in India, the Mata Amritanandamayi Math (MAM), and the world headquarters of ETW.
With his three thousand residents, the ashram receives each day thousands of visitors from India and all over the world. Residents and visitors are inspired by Amma’s example and dedicate their time to improving the life of the most needy.